Past lifetime in Paris in year 1907

Client wanted to find out why she could never sustain a romantic relationship, with a repeated pattern of 7 failed relationships in the past. She also had the tendency to cut off family members over small issues. In her first PLR session, she regressed to her past life as a woman in who married a man she did not love, for what she thought was freedom, but the freedom was just an illusion. She moved to to start a new life, attracted by the glitz and glamour. However all her dreams did not materialise and she died with regrets in that life. She sees some parallels to her current life. 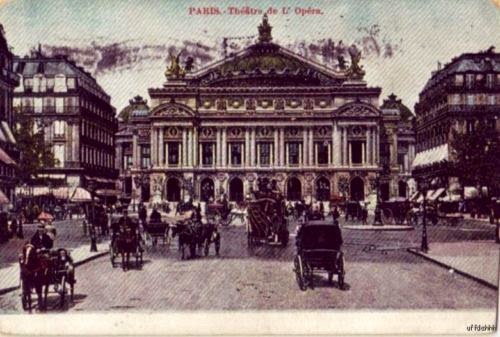 I’m in a pink and white chequered dress. I have blonde hair, blue eyes and chewing on a corn stalk. I’m an 18 year-old girl. I am alone. I live nearby.

Next scene:
My house is red and some parts are white. It’s made of wood. It’s a house by itself. There are old stuff in the house. The wall paper is old and there are old lamps. There is an arm chair, and a rocking chair. There are flower designs on the wallpaper and carpet. From the outside it looks like a farm barnhouse, but from the inside, it looks like an old lady’s kind of house. There’s a well stocked kitchen.

Next scene:
I see an old lady and a young boy. She’s got white hair. The old lady looks after the young boy. She is his grandmother. There is a man, like an older brother. I see this man, a young boy, 8 years old and that lady. I feel like I’m not part of the family. I am outside looking in. It’s like I have to sneak and peep from outside, as I don’t want to them to catch me looking at them.

Next scene:
This man, who is my elder brother is pointing a long rifle at me. I’m at the porch. He doesn’t want me to go inside, he doesn’t want me. He wants to get rid of me. He said that I shouldn’t return to the family. His name is Henry Simon. He says, “Go home. Do not come back.”

My name is Katie. I’m in . Earlier, I had run away with another man and they are all mad at me. The man I chose is like a poor person, someone who just takes care of the horses. They are mad at me. They kinda cut me off.

Next scene:
I married the guy at office. I wear this nice long wedding gown, in white. For some reason, he’s still wearing that raggedy clothes. The office had yellow wallpaper. I see pews, benches. There’s barely 10 people there.

This guy I married, is like a handyman, a guy who works in a stable and doing odd jobs. “He doesn’t talk much. I don’t know why I married him.

I think I married him because I wanted to escape my family. He was freedom. He could do everything he wanted, go anywhere he wanted. I liked that idea. I don’t feel like I am in love with him.

Next scene:
I see flashes of fire. My husband and I have a house. I’m not sure if we live in a forest, or a caravan made out of wood. The forest is burnt. I see these men and horses. I felt that it was a kind of retaliation in return for marrying him.

Next scene:
My husband doesn’t talk. He just smiles. He’s got blue eyes and curly brown hair. It seems like he’s like a guy who has a low IQ, but he’s not retarded. He’s functional, but mentally not a very smart person. He's always in raggedy clothes, in dirty dungarees. When I talked to him, he doesn't understand me. He doesn't talk, he just grunts.

I don't go to work. It seems like I married him to get my freedom. I was attracted to him, not physically, but more of the freedom that he could offer.

Next scene:
I moved away after marrying him. He continued whatever he was doing. I moved to without him. I left him behind. I don't care about him anymore.

I’m trying to create a new life. I’m carrying a brown luggage, wearing a big pink dress and a hat. The city life just amazed me. I wanted more than just living in the cornfield. I see the city. I’m bright eyed seeing all these. People use carriages as transportation. The year is 1907. I’m trying to find a job.

I go where people go to see the girls dance. It’s like a theatre, not a sleazy place. I long to be on that stage, where there are people singing and performing.

Going on stage was just a dream that never really came true. The closest I got was seeing the theatre and watching the show. I was never on stage. I was never happy living in . I never found what I wanted. I thought that life would be perfect, but it wasn’t. I had a hard time buying food or finding a house.

I stayed with workers in a staff quarters from the restaurant. I was sharing with all the other women. I never got remarried. I was having a hard life, with no luxuries.

End of life
I’m an old lady. I’m lying on a long couch. I’m wearing a white long sleeved shirt and a black skirt. I see two boys. They are not my children. They are just standing there, they hat are in their hands, they are bowing down looking at me, kind of respecting the dead.

Last thoughts:
I wish I never came to . I wish that I had lived that simple live back home. I gave up everything, to come to , but none of my dreams came true. I’m just happy that my life is over. It seems like I just stopped breathing.

After leaving the body in that life, she went to the spirit realm

Spirit realm
I see a man and a woman dressed in white. They are welcoming me. It’s like in a garden. The man is smiling, just happy to see me. He smiles. He said, “How was the journey?” He said that I was brave.

He tells me that I didn't make the right decision. He said that it was wrong for me to leave my family back there, that I hurt so many people. That even if I achieved my dreams in , it could never undo the damage that I’d done to my family. He’s saying that I hadn’t learnt my lesson.

I shouldn’t have moved. I should have known that wasn’t worth leaving the family for.

Me: "Did you have any parents back then?"

Client: “My parents weren’t around so I was raised by my grandmother and elder brother. My brother was the one that was hurt the most. My younger brother was not old enough to understand. My grandmother just smiles even though she’s hurting inside. My brother had insisted that I stay with them back home on the cornfield and take care of the family."

I guided client to work on forgiving her elder brother from that past life.

Client: “I asked him for forgiveness. He just cries and he forgives me and my grandma forgives me. I understand now that my elder brother loves me and just wanted to protect me.”

I see a lady. She’s all dressed in white. She looks human but I don’t think she is. She’s wearing white long coat with patterns on it. She’s wearing something funny looking on her head.

She told me to close my eyes. She told me to take care of my heart, my stomach. She’s asking me to get healthier. She is now near my feet. She just bows one last bow, then she goes off. There are so many other angels with her, all following her off.

Reflection / Connection to current life:
I feel like I want to escape the kind of life I have now. My dad can be very overbearing sometimes. He dictates what I should do in life, what to study, what job to work in. If it was up to me, I just want to live happily. I just want to see more of the world. But I know it would break his heart if I left him and worked overseas.

Lessons learned
I’m told that I should appreciate my life. Sometimes, I get blinded by the lights, the glamour elsewhere and I don’t appreciate the good things that I have.


Read about client’s other past lives here:
1) Past life as a Dayak man in Borneo
2) Past lifetime in England as a happy girl who was later murdered
3) Past lifetime as a homosexual man from European royalty in 17th century Europe